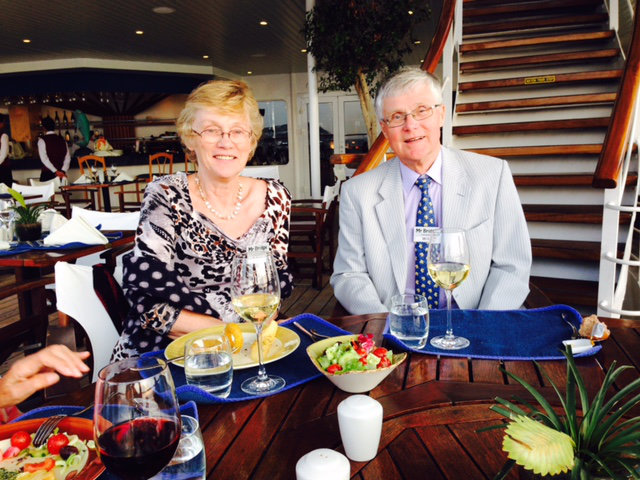 Will and Sylvia have three grown up children and seven grandchildren. Will has been playing bridge with steadily increasing enthusiasm for about twenty years, mainly at good club level, and prior to Covid he directed at Royston Bridge Club. He finally retired from his job as a Purchasing Consultant and trainer in 2012 after running down his involvement over the previous five years. That work has given him substantial experience in training, and he has spoken at a number of purchasing conferences all over the world.

Will and Sylvia started going on Mr Bridge holidays and weekends in early 2008 and soon became hooked. They both joined Mr Bridge as helpers after Will qualified as an EBU club tournament director in 2011. Since then, they have hosted over thirty bridge cruises and numerous weekends and holidays. Will and Sylvia both really enjoy playing with different clients and encouraging improving players to increase in confidence and learn to love the game. They have been involved with Bernard Magee Bridge since the start and now look forward to resuming bridge holidays again.

In 2017 they became self-builders, downsizing from their country home in Worcestershire to a self-build cottage in South Cambridgeshire. They moved in at the very end of December 2017. They also enjoy good food, walking and reading.

Events Will & Sylvia are hosting