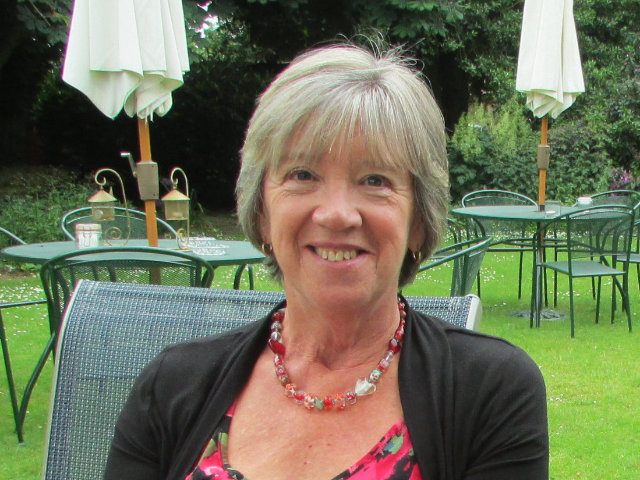 Elaine learnt to play bridge at university but didn’t start playing duplicate until 2008 when she took up the game again after a ten year break. She plays regularly for both Hitchin and Royston Bridge Clubs, but it is with Hitchin that she is mostly involved with directing and encouraging players to improve through workshops. With one of her bridge partners, she has entered some of the local and county competitions.

Elaine was born in Yorkshire and although she has spent over forty five years in the south, she still sees herself as a Yorkshire lass. She is a proud grandmother of a boy, 13, and two girls, 11 and 5. She delights in being with them and finds that entertaining them is one of life’s pleasures. As yet, she hasn’t been able to interest them enough to learn to play bridge. Any spare time is taken up with visiting the gym, reading fiction, mainly mysteries, and attending some of the many courses available for retirees.

Elaine loves travelling and having lived in Australia for three years in the early 2000s, she and her partner visit there once every couple of years. In the large part of her working life, she was a teacher of mathematics and was lucky to be involved in consultancy work and lecturing before fully retiring in 2011.

American Waterways and Canada in the Fall